Mechanical systems and subsystems, components of launch vehicles, construction of satellites and probes, technologies for microgravity.

S.A.B. Aerospace s.r.o. is a SME located in Brno, Czech Republic, operating since 2014, one of the most experienced Czech space companies. Its main focus is development of satellites, launchers components, and MGSE. SAB holding also includes branches in Italy, Poland, and Romania. 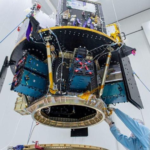 SSMS being mounted on the top of VEGA Launcher (Image: esa.int) 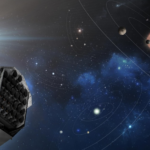 S.A.B. Aerospace is an ESA registered supplier, also has been audited to deliver with the major players such as Thales, and Ariane Group.  The core business is design of mechanical structures and thermal control systems for satellites and launchers as well as development of microgravity facilities.

SAB has been developing a network of verified subcontractors and suppliers from the Czech Republic and other European countries, including hardware and software providers.