Planetum is a brand of the contributory organization Observatory and Planetarium of capital city Prague.

Planetum is a brand of the contributory organization Observatory and Planetarium of capital city Prague, which includes two observatories (Stefanik observatory, Dablice observatory) and one planetarium in Stromovka. 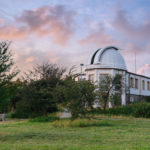 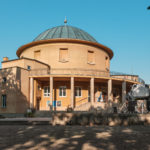 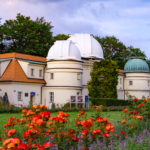 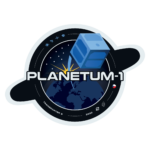 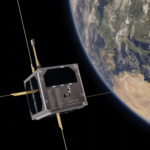 Vizualization of the Planetum-1 satellite in Earth orbit

At observatories you can admire large telescopes. During the day you can look at the Sun using special telescopes, on clear nights you can observe the Moon, details of the planets, places where stars are born in the universe, or distant galaxies. In the planetarium, the universe is projected onto an artificial sky in the shape of a hemisphere. Both observatories and the planetarium have a rich selection of programs - from fairy tales for the little ones to documentaries on astrophysics and cosmology. You will also find unique interactive exhibits dedicated to the exploration of space and cosmonautics. You can sit in the cockpit of the space shuttle, explore the Apollo lunar lander and much more.

The planetarium is a time machine that can travel to the past and the future, a spaceship with which you can fly to the planets, among the stars or leave the Galaxy and look at our home from a distance of tens of billions of light years. All this thanks to modern digital technology that keeps moving forward. As early as 2023, the projection area will be transformed into a giant LED screen with an area of ​​867 square meters – the Prague Planetarium will have the first so-called LED-dome in Europe and the largest in the world.

Planetum also became the first institution of its kind in the world to send its own satellite into orbit. The Planetum-1 satellite was launched on May 25, 2022, on a Falcon 9 rocket from Florida's Cape Canaveral. It is the first purely educational satellite in the world. In the foyer of the planetarium, you can take a look at its operations center.