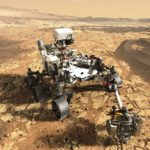 Globally, KYOCERA AVX has the industry leading position in high-reliability tantalum capacitors, and is the largest supplier of high-reliability solid and Wet tantalum capacitors for medical and military/aerospace applications with the industry’s widest range of medical, COTS-Plus, MIL specifications, and space level products. The division is a global leader in MnO2 solid electrolytic technologies, which include the smallest case size MnO2, the highest temperature up to 230°C, and the lowest DCL product offering. KYOCERA AVX’s Division plants for given product lines are strategically located in the Czech Republic, El Salvador, Japan, Thailand and the USA.

Since 1998, there have been many technological upgrades and innovations introduced by the R&D team, beginning with the high-temperature tantalum capacitors (up to 175°C) for automotive applications. Today’s product ranges offer an extension of the capacitors to 200°C in the surface mount style or 230°C as the hermetically sealed or Wet radial style option.

Another major achievement of AVX Lanškroun was the introduction of extremely stable performance capacitors based on niobium oxide (NbO) anode material instead of traditional tantalum.

In 2004, the plant’s capabilities were further extended to include conductive polymer technology. AVX was the first company to market with several new polymer technologies, such as the highest voltage in the industry, over 100Vr (Elektra award 2010), the smallest case size 0402, the highest reliability polymer in hermetically sealed package for extended lifetimes (Elektra award 2015); and the highest energy density. KYOCERA AVX’s product portfolio also expands on new ESA space qualification for low ESR polymer TCS series.

During 2010 through 2013, hermetic packaging of conductive polymer capacitors from the TCH series was developed in cooperation with the European Space Agency (ESA) for space-level applications as a part of the Czech Incentive Program, and the ESCC specification is currently underway.

(Where the capacitors developed and manufactured in Lanskroun were used.)

part of Artemis project is Multi Purpose Crew Vehicle and Service module on the Orion.

The  service  module  was  designed  and   built  by the  European Space  Agency and  we  have TES/TAJ-ESA  design  in  on this.

TCH/TES on the ISRO Pragyan Rover.