Czech products in space: the Czech Republic celebrates 10 years of membership in the European Space Agency

Next-generation meteorological missions, telecommunications platforms, new European air-traffic control systems, drone technology, spacecraft heading to the Sun or to Jupiter – in all these projects may be found the participation of leading Czech suppliers. The greatest successes and benefits from the decade-long membership of the Czech Republic in the European Space Agency (ESA) are being […]

Next-generation meteorological missions, telecommunications platforms, new European air-traffic control systems, drone technology, spacecraft heading to the Sun or to Jupiter – in all these projects may be found the participation of leading Czech suppliers. The greatest successes and benefits from the decade-long membership of the Czech Republic in the European Space Agency (ESA) are being presented at a conference on the occasion of the tenth anniversary at the Congress Center in Prague. The conference is part of Czech Space Week, through which the Czech Ministry of Transport and CzechInvest, together with other partners, wish to familiarize industry and the general public with the country’s activity in space and its benefits for industrial development, science, business and daily life.

“The participation of the Czech Republic in the ESA brings Czech firms the opportunity to take part in the development of leading technologies and advanced applications in satellite systems, which can then be applied to aviation, defense and the automotive industry,” said transport minister Dan Tok.

The number of such firms participating in ESA space projects is now over 40, and they are joined by 22 Czech research institutes and universities. Dozens of other firms participate as vendors and subcontractors. This all represents the continually growing Czech contribution to the ESA. In 2018 this amounts to €46 million, which marks almost a sevenfold increase from 2009. The steady increase in contributions means ever more opportunities to cooperate with the leaders in each sector, to learn from them, to contribute to solutions and results, and to benefit the Czech economy. The so-called geographic return ensures that resources committed to the ESA program return home, after ESA administrative costs, in the form of industrial orders and invitations for research institutes and universities to participate in scientific projects.

The goal of the Czech Republic’s participation in the ESA is not simply to participate but mainly to raise the competitiveness and innovation of Czech firms and their inclusion in the supply chain of commercial solutions for which demand today is dynamically growing. For example, participation in the development of the payload-bearing Ariane 6 space transport rocket means that companies are anchored in the supply chain for the entire lifespan of the rocket, which is expected to last decades. The situation is the same for the basic technologies of satellite communications and Earth observation that dozens of Czech firms are participating in. No less significant is the participation in several excellent scientific projects at the leading edge of contemporary knowledge.

The work carried out in the Czech Republic has, year after year, increased its added value. One good example is the manufacture of composite parts for load-bearing rockets by 5M, which results in further orders for production of composite sandwich panels for Airbus planes to the tune of CZK 100 million (€3.9m) annually. Among leading technology companies are BBT Materials Processing, which makes optical crystals with special properties whose use leads to fundamental simplification of the design of satellite cameras for Earth observation; AVX, which manufactured 630 condensers for NASA to use on the Mars Curiosity rover; and MCE, which makes the launch ramp for the Ariane 6 rocket.

Czech firms also work on the development of satellite applications, including satellite navigation and Earth observation, which find uses in transport, agriculture, environmental monitoring, energy, smart cities and other areas. These applications yield new information, leading to more effective processes and savings of time and money.

Czech products will also be a part of next-generation meteorological missions (Meteosat and MetOp), the NEOSAT telecommunications platform, a new system for air-traffic control over Europe within the Single European Sky, and in drone technology and upper atmosphere pseudo-satellite technology. Czech participation is evident today on the robotic missions to Mars, on spacecraft heading to the Sun (Solar Orbiter) and to the icy moons of Jupiter (JUICE), and on the space telescopes EUCLID and PLATO.

Presenting their activities are the business incubator ESA BIC Prague, the educational center ESERO and the center for transfer of space technologies to terrestrial applications, ESA Technology Transfer Broker. The introduction of promising new ideas into practice is one of the keys to improving our competitiveness, which is why the Czech Republic tries to give maximum support to this area.

“The European Space Agency’s incubator, ESA BIC Prague, was founded more than two years ago. Since then, it has helped 13 Czech firms adopt or commercially develop concepts stemming from space technology. Their innovative solutions are helping various fields, from highway and aviation operations to the arts and sport. The incubator has this year expanded with a branch in Brno, where we recently took on two firms,” said Silvana Jirotková, the general director of the CzechInvest agency.

The conference, “Ten Years of the Czech Republic in the European Space Agency,” is organized by the Ministry of Transport, the agency CzechInvest, the capital city of Prague and the Office of the Government of the Czech Republic, in cooperation with other partners in conjunction with Czech Space Week, which runs from Nov. 9-18, 2018.

ESA is an international organization whose goal is to support cooperation among its member states in realizing financially technologically and scientifically demanding programs that are beyond the means of individual states. ESA programs are dedicated to technological development, payload-bearing rockets, piloted flights and experiments in microgravity, satellite navigation, satellite telecommunications and Earth observation (systems providing satellite photography).

Conference „Ten years of the Czech Republic in the European Space Agency” record (Czech language only): 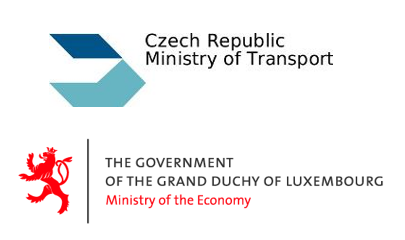 Luxembourg and Prague, October 10, 2018 – The Government of the Grand Duchy of Luxembo...